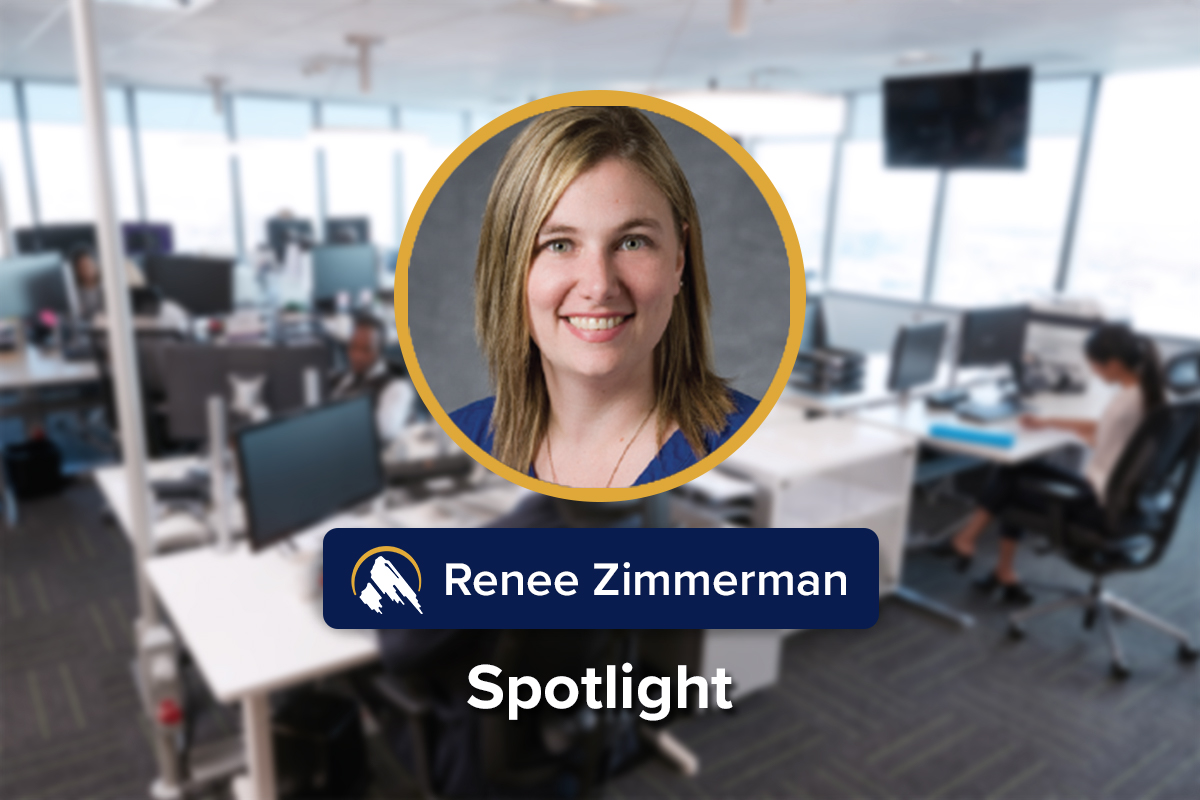 
As a Registered Nurse licensed in the State of Louisiana, Renee started her health care career in the busy Emergency Department in New Orleans, Louisiana. Although it was a good and satisfying career, Renee wanted to be able to touch more patients by getting into healthcare leadership and she went back to school for her master’s degree.


After completing her degree, she worked as a Nurse Manager with several nursing leadership roles which led her to finding her love of physician relations. From there she was asked to take on responsibilities which included several of the Medical Staff Offices for hospitals within the Franciscan Missionaries of Our Lady of the Lake Health System.


In 2015, the health system started to look at creating a System Verification Office. This was going to require a re-implementation of credentialing software, conversion of one hospital’s current database, data standardization, credentialing standardization, privileges, new job descriptions, workflows and a myriad of other details. Before the project really got off the ground, there was a change in leadership with both the physician and executive sponsors leaving the organization for other positions. In early 2016, Renee was tapped to take this project on from the ground up. Ten months later, FMOLHS had a fully functional CVO including payer enrollment, online applications and an electronic decision-making process leading to Renee’s receiving the Quest for Quality Award in 2017.


At the end of 2018, Renee was promoted to a new position as Assistant Vice President, Franciscan Physician Group, Franciscan Missionaries of Our Lady Health System.


What do you like best about your current position?


I truly believe in physician-led health care, and I love working with physicians every day.


Why do you think you have been successful in this profession?


My drive for “better.” I don’t stop. I’m incredibly tenacious once the path has been identified.


What is your greatest achievement?


Formation of the CVO and then getting NCQA Accreditation in CR a year later.


Why did you become certified as a CPMSM and CPCS? And why did you take both tests at the same time?


It wasn’t a requirement for my position. But, being passionate about my profession, I wanted to do it for myself. As to why I took both at the same time…?  I’m kind of a “rip the band-aid off” kind of person and didn’t want to extend the pain. I just wanted to get it done!


Would your administration say that you are successful? Why?


Yes, they would describe me as successful. I’ve been “tapped” for many projects over the years because of my success in other areas.


Do you think being a registered nurse has been an asset?


It’s been an absolute asset. I’ve had many physician leaders tell me over the years that they trust my judgment because of my clinical background. That’s not to say they don’t trust a non-clinical person, but it adds another layer to my credibility with physicians. In addition, I could talk “privileging” easily with the doctors, because I always knew exactly what procedures they were referring to. The doctors appreciated that.


What is your biggest challenge?


My biggest challenge is in explaining to others the credentialing and payer enrollment process as it is a complete unknown for most providers. Very few truly understand the intricacies and details.


What advice would you have for others in this profession?


Strive for better. Don’t become complacent with the status quo. Go to regional and national conventions and network. Find out what others are doing.


What is another passion – besides credentialing?


Population health.  I’m so in awe of the cost savings, improved efficiencies, and increased quality care to patients when we enter in value-based contracts with health plans for population health.


What’s next for you?


I’ve just started a new role within the health system – AVP of Operations for the employed physician group. I’m excited to see what this chapter of my life brings. We also just went into another acquisition; this one from another state, so I’ll have to see if laws are different there.


What book will we find on your nightstand right now?


Blink by Malcolm Gladwell. It’s about the power of immediate thinking and decision-making without stewing on decisions too long.


What will we always find in your refrigerator or pantry?


Genoa salami. It’s my “go to” snack. (When asked, Renee said she didn’t think she should have to mention hot sauce. After all, she’s from Louisiana!)


If you had a super power, what would it be?


Telepathy – being able to speak to people with my mind. I spend a lot of time with emails, texting, on phone calls, etc. It would be so much easier and more efficient just to be able to think it and send it on!


If you could have dinner with anyone, living or dead, who would it be and why?


On a lighter note, I’d have to say ‘The Property Brothers’ (Jonathan and Drew Scott) from HGTV. They’re quirky and fun, and I love their show!


If you didn't work in health care and income was not a consideration, what is your dream vocation?


I’d be a bartender! I love the thought of having some daily, low stress human interaction and then going home and leaving it all there. I was a bartender in college and loved it.